You may have heard about the “ Google Now project” where you give the voice command and Android fetches result for you. It recognizes your voice and converts it into the text or takes the appropriate action. Have you ever thought how is it done? If your answer is voice recognition API, then you are absolutly right. Recently while playing with Android voice recognition APIs, I found some interesting stuffs. APIs are really easy to use with application. Given below is a small tutorial on voice/speech recognition API. The final application will look similar to that of application shown below. The application may not work on the Android Emulator because it doesn’t support voice recognition. But the same can work on the phone.

Like Loading...
This tutorial about my favorite place Dzone like data loading while page scrolling down with jQuery and PHP. We have lots of data but can not display all. This script helps you to display little data and make faster your website.

Here is a sample developed for Gingerbread, API level 9:

This app is executed without errors.

An easy way to avoid the exception is to insert the following code (which requires import android.os.StrictMode):

before the row connect() in HttpClientActivity.java
But this method is recommended in development environments only, the recommended method is to use the class AsyncTask.

An example is the following in which the code of the class HttpClientActivity.java is replaced by:

Like Loading...
Are you working with multiple devices like iPhone, Android and Web then take a look at this post that explains you how to develop a RESTful API in PHP.  Representational state transfer (REST) is a software system for distributing the data to different kind of applications. The web service system produce status code response in JSON or XML format.

In today’s tutorial I will show you how to open the wifisettings in android programatically.
This code comes handy when the user have not enabled the wifi and you want the user to enable it for your application to work.

Here is the code for that.

Here is the layout xml– main.xml

Adding the Plugin to your project

Do you have a feeling that someone tried to access your computer when you stepped out for a lunch or quick coffee break? Perhaps your colleague or the person sitting in the next desk tried to log in or play something wicked on your computer while you were away for a quick session.

So, how do you know if someone tried to access your computer in your absence? Well, here is a way by which you get notified every time when such an attempt is made.

The website called MouseLock.co gives a solution here. All you have to do is visit the site’s homepage, sign in to your Gmail account and select your secret point (unlock code) from the screen. Once you do this, you will have to place your mouse cursor into the slot shown and click on it. This will activate the mouse lock feature on your computer screen.

So, when an unauthorized person tries to move the mouse in your absence, he will be given just a few seconds to select the unlock code. Upon failure to do so, you will get an instant notification about the intrusion in your mailbox.

If you have a webcam attached to your computer, you can even get the photo of the person trying to intrude. This will make it easy for you to figure out who actually was the person.

As this is an easy to use web application, you can use it any time just by loading the MouseLock website without the need to install anything on your computer. Even though MouseLock does not manage to prevent the intrusion, it will give you an instant notification about it, so that you aware of what is happening at your desk when you are away.

MouseLock operates by using the “mouseLeaveEvent” from JQuery to track the mouse movements. On the other hand, it uses the “getUserMedia()” API that is supported by Chrome and Firefox to capture the webcam photographs. This tutorial is specifically designed with the intention to understand the creation of the generic class and how it works.

What is a generic class?

Java generic is a term that is used to denote a set of features which are related to the use of generic types and methods. A Generic class in java is nothing but an interface which one can parameterize for different types. We can follow the below format when it comes to defining a Generic class.

The angle bracket defined above is basically used to specify the type parameters which are also known as type variables T1, T2..Tn.

We can customize the Java classes as well since we don’t have generics just limited to the predefined classes in the Java APIs. The below is an illustration of the declaration we learned above.

The alphabet E in the angle brackets displayed in the code above is a token that gives a hint that the class can have a type set once this is instantiated.

Let us understand the above said statement by using an example.

The main benefit of generic classes is that they are useful in early error detection at compile time. In order to get this benefit, we need to use a parameterized type such as LinkedList. This needs to be used in place of LinkedList and this will help the compiler to perform more type checks. This in turn requires lesser dynamic casts.

Using the above technique, it will be easier to detect the errors early since they will be reported at a compile time with the help of a compiler error message instead of getting an exception at run time.

Let us consider the example of LinkedList which is used to express the homogeneous list of elements. These homogenous lists of elements are of the type String.

Listing 3: Example of a parameterized type

In assition to classesclasses, we should also be aware of another hierarchy that is known by the name of interfaces which can be seen as a class specification. This however is not considered to be an implementation.

What does the interface lists?

An interface actually lists the method descriptors and not the actual code that are required by this interface. A class can always implement an interface by providing implementation to all methods declared in the interface. It is an interesting point to note that any class can be used to implement several interfaces and the only thing that is required to make this happen is the below method.

The advantage of using this method is that it helps the object to get compared -to other objects that are of the same type. The output of the above method could be in any form-positive, negative and even zero. This means the specified object here is either less than, greater than or equal to the object that is being passed as a parameter.

Listing 4: Example of a generic type

As discussed above the alphabet E in angle brackets is nothing but a place holder that will be later replaced by a type argument the moment generic type is declared.

Much on the similar lines of generic methods, the type parameter may comprise of more than one parameter that are separated by commas.

Why are these known as parameterized types? This is for the reason that they accept at least one parameter. Below is an example that illustrates this.

Listing 5: Example of a parameterized type

The below Listing displays the output of the above code:

Here it can be observed that after the creation of a integer type object, the type of the variable X is modified to integer and same is the case with the String type .

We can use the below code to create a generic array with the following method signature.

The point to note here is that we will not be able to make arrays and generics work together with current versions of Java and can only define arrays for non-generic types, and do casts in all the accessory.

Here in this tutorial so far we have defined a generic interface MyInterface and several classes that implement this interface. We would now be creating an array of the members of which can be assigned any object belonging to a class that implements the interface.

We can also make this happen by using an Object array. However this can lead to the loss of type information and then it needs to be cast each time we get something from the array. The other workaround of this could be to consider java.lang.reflect.Array.newInstance( Class C, int size ). But again this would require a single class C which would end up with an array that will allow assignments of C subclass objects.

The best way to do it is to use the wildcard HashMap[] x=new HashMap[3] and the prime reason behind this design is to maintain compatibility with existing code which is directly related to generics.

At the time of writing a generic which is nothing but a parameterized class, we have the class declaration that normally contains the type parameter in angle brackets. After this, we can have methods in a parameterized class which can make use of that parameter in the form of a return type. Also it can be used for its parameter types. As a result of this, we will observe that methods will view the type similar to concrete type because of its declaration in the class. The below example displays what we just discussed:

Here is nothing but a type parameter that is normally passed to the class upon declaration. The point to note here is that A is being used as a return type for one method and a parameter type for another.

At the time of writing a parameterized code, we can also limit the range of acceptable types. This can be done with the introduction of a definite upper boundary which can be set so that only subtypes of that bound can be passed as the type parameter. In order to see the upper bound, we can make use of the extend keyword as shown below.

We can see that any class that is normally used to implement the interface Comparable can accept this implementation of LinkedList.

It is a must to specify the type parameter whenever an instance of a parameterized object is created and the below example explains this.

The objective of the above code is to create a LinkedList. This can only be used to contain String objects and then we will have the compiler check that the actual type which in this case is a String is a subtype of the bound of the type parameter. Otherwise, the code will not compile.

Consult with me on Maven 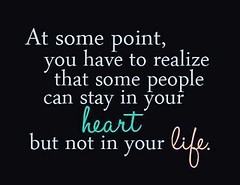